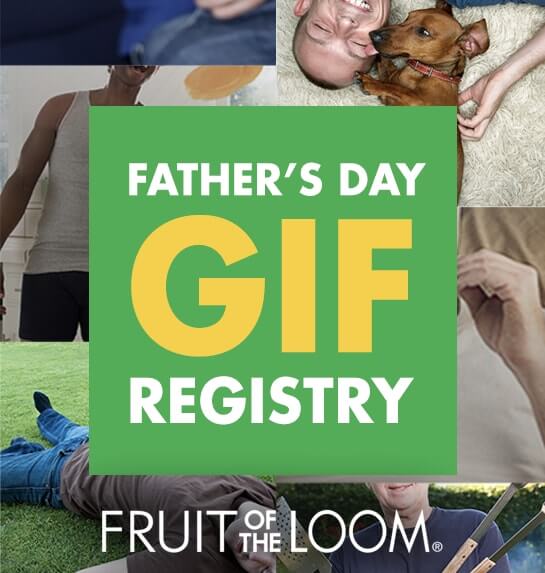 Fruit of the Loom: GIF Registry

During the Father's Day promotions, Fruit of the Loom launched their Father's Day GIF Registry campaign, which allowed users to send animated GIFs with personal vouchers via email. Black & Red was brought in to complete all development work for the campaign. A microsite was built for the campaign which included an animated GIF gallery, email integration and social media hooks. The bread and butter of the campaign was a custom email generator that allowed users to select a GIF from the microsite, attach it to a custom email, and mail it to their fathers. The campaign went off flawlessly, with a huge number of emails being generated from the site!