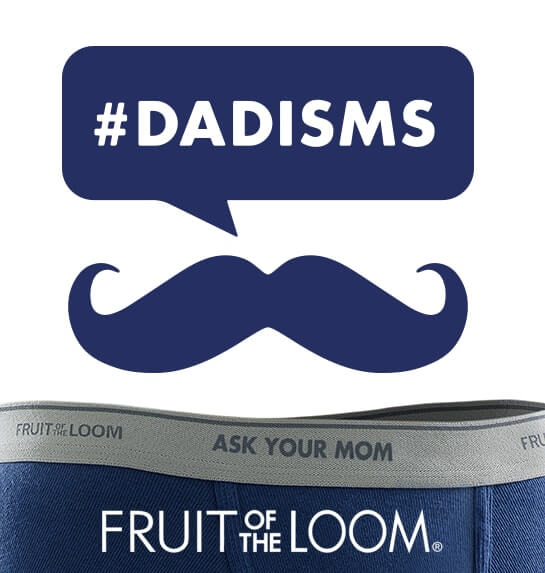 Fruit of the Loom: Dadisms

Crispin Porter + Bogusky contracted Black & Red to build the Fruit of the Loom Father's Day Dadisms promotion for desktop and mobile. Black & Red built a full microsite for the promotion in which users were able to purchase underwear in real-time. Features included an adaptive image carousel, Amazon Integration, social media hooks, and a live inventory ticker for keeping track of remaining underwear inventory for the promotion.

The campaign was so wildly popular that even the Black & Red crew were unable to purchase any of these limited edition pairs of underwear for our own fathers before supplies ran dry. Dadisms included: “Ask your mom”, “Never date a drummer”, and “Go with your Gut.”